Can you believe it? I've been working on this for an entire year now (well -2 days but I update on Fridays darn it)! Although, the real 1-year anniversary is a bit before today because I was working on it quietly before the demo was ready. Publicly, though? Yeah! And sure, there have been some ups and downs, but I'm definitely trucking along despite hitting some rough patches with development.

My focus this past month has been finishing part 2 of the 3 dungeons masquerading as one dungeon and get it to my beta testers and now that they have it in their hands, I've been working on a lot of stuff for the upcoming area which I hope old fans will enjoy as much as they did in the past. 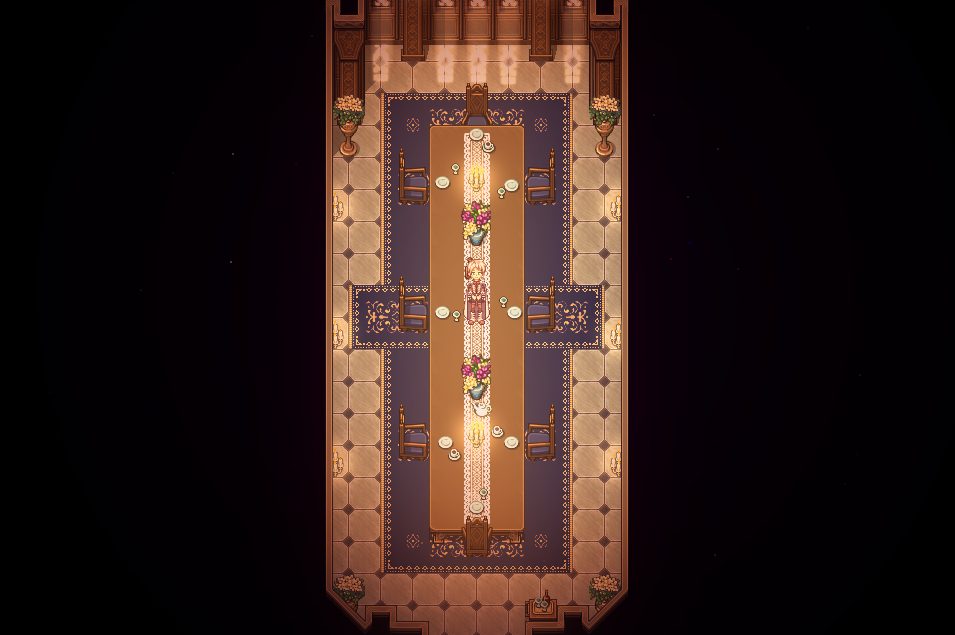 Snowe, you get down from there right now!!

Before this section is over, I need to draw illustrations for it like the one at the end of the demo/chapter 1 so I'm partly looking forward to that and also dreaded that!

I know back with the original, the reason I did illustration scenes is because I couldn't really think of how to do it with sprites effectively. There are a few I definitely planned to do with sprites, but it just didn't look good, so I said screw it I can just illustrate this. I'm sure if I wanted to now, I could do those scenes with sprites, but I think the illustrations are a little more effective because it makes it seem cooler. At least, to me it does.

Another thing I've been working on is possible achievements. I don't usually think about achievements when I play, but I know a lot of players do, so I made a pretty hefty list and pretty icons to go with! Here are a few of my favorites!

I'm sure you can give a basic guess of what these are! Implementing them is something else, of course, but I'm pretty determined! I think the names I've come up with are pretty funny. I mean I guess also touching, but I like the funny names better.

Anyway, here's hoping I don't take another year to finish the game! I think I've reached past the mid-point (or I'm right there) and since it's a game I've made before, I know generally what I need to do! Thanks for sticking with me over the year and I hope you will stick with me a little more!

Thank you again for all the support so far!

i cannot WAIT to talk to every snowman, dust all the dishes, and... make sure every statue has her name probably?

even if you take another year i am sure it'll be great and worth the wait!!!!!

Make sure every Maiden Statue gets her name without getting any wrong (which is totally easy to save scum honestly)!

And thank you so much!!