February was a month! I was frustrated for most of it, overwhelmed, and all sorts of blah and bummed out. Largely with myself because once again, perfectionism is the devil in disguise. So, I took another break! I didn't quite make another game within said break, but I got some clarity of mind and whatever else. As a solo dev, it is really hard to juggle everything by yourself especially when people say you should do this, oh also do that, but also this and that and that and that! All of those thises and thats are good things, but when facing things alone, it very quickly becomes overwhelming and you just kinda find yourself buried not feeling like you're good enough.

But you know what, screw that feeling. I took the time to do a complete play through of my game again (and believe me, it was great--finding bugs I didn't find before and getting my ass whooped by two of my three bosses so far oof!) just so I could see how far I've come. 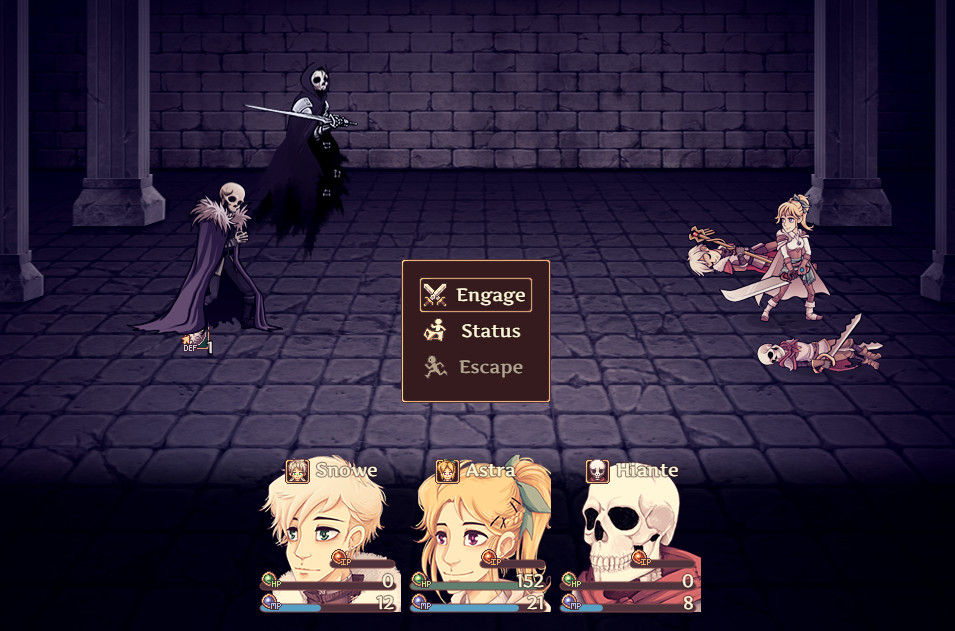 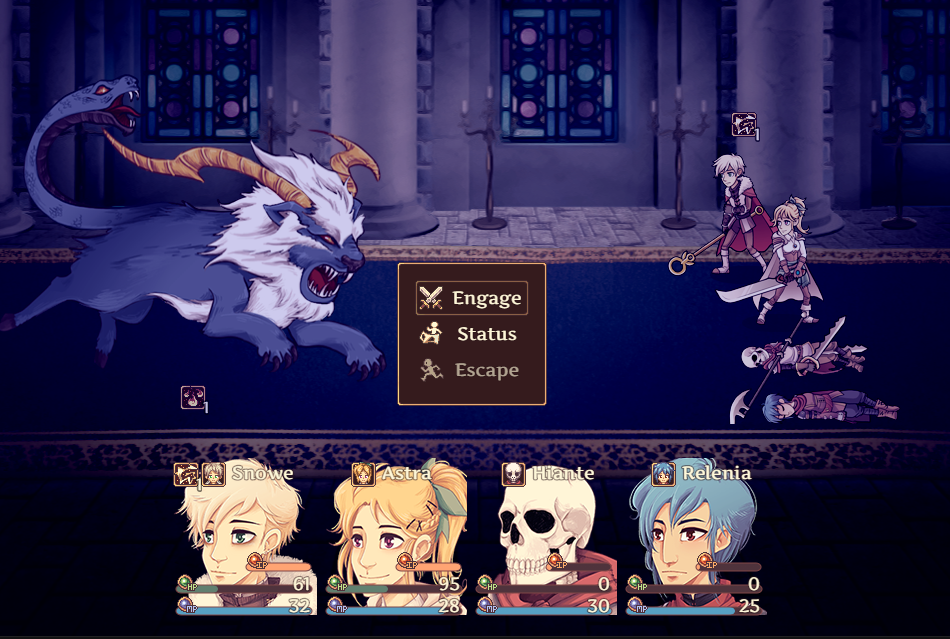 I swear, I'm good at my own game! In fact, neither of these instances was a total game over! Just pure panic...

And I've done a lot! Over 100 maps and each of them well constructed with a plot that may be wordy to some, but is pretty interesting to me. While there are some things I hope I can change/fix before a final release is in sight (I thought of a better way to balance their personal IP attacks for example, a few little plugin shenanigans, etc.), I'm actually really happy with what I've done so far and for someone who is incredibly hard on themself all the time, it feels nice to just nod and go "yeah, I made that! And I like it!".

So, by the end of February, I was way more energized and have been steamrolling the section I've been stuck on. I got to add something completely new to the game finally, so I hope when old players get there, they enjoy the added lore. This weekend or next I'm hopeful I can sit down and churn out some monsters (I can't wait--I can finally redraw that hamster/squirrel/chipmunk with the trumpet that was in the original game. No lie, that has been one of the things I have been so excited to do for the remake!).

Anyway, I'm sorry I don't always have a lot to say for devlogs. I write them because I just don't want people to ever think I've given up entirely on the game until I specifically say that I have (and I'm hoping that won't ever be the case). The original Star Stealing Prince's development was fraught with its own kind of despair and I managed through that 10 years ago, so I'm confident I can do the same here. Thank you again for those who have stuck with me so far! Let me know if you want me to talk about anything in particular next time! I'd love some other topic than talking about how perfectionism sucks!

Damn, time flies. Your work is looking amazing, tho. Glad you're enjoying your game and working on it. Can't wait for the final version.

Time sure does fly! I don't like thinking how long it's really been, haha. People telling me "I played ssp in middle school! I'm an adult now!" really elicits a feeling old response, haha.

Thank you for posting your logs and updates!! I'm glad to hear that you've been kind towards yourself and are embracing all the cool stuff you're achieving. I also can't wait to see the squirrels again lol. I'm looking forward to seeing more of your stuff  as always! ^^ Good work and take care of yourself!!

I cannot wait for the squirrels. I am so ready. Thank you so much for your comment! :D